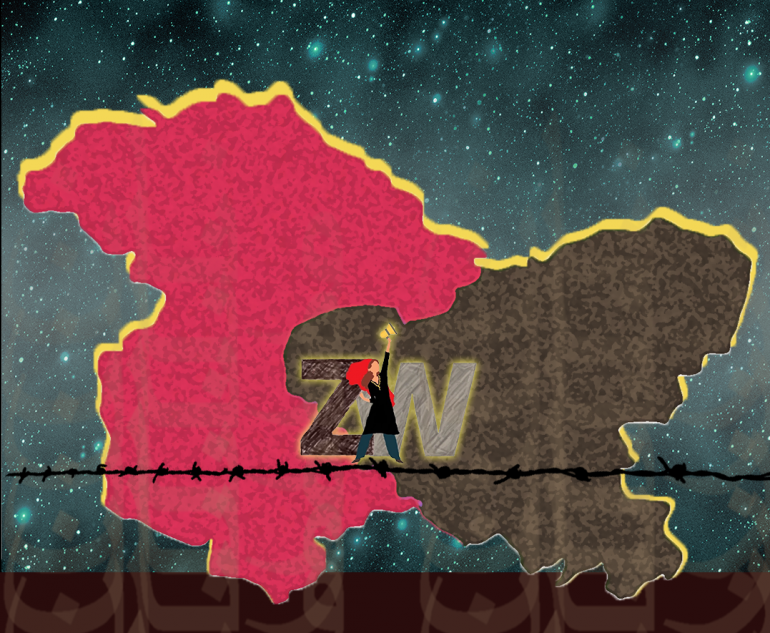 Memoir of a Lockdown

It was a Sunday, August 04, 2019; I was in office filing a story on chaos in the Sunday market due to the advisory issued by the government[1] directing all nonlocal laborers, students, and tourists to vacate from the valley as soon as possible.

“Speed up, finish your work and leave for home before it is dark,” my editor directed his staff when he suddenly visited the newsroom in the afternoon of August 04. He had sensed that the situation in the region was going to be turbulent.

I was sitting with my senior reporter, who was also filing a story on some issue. We were talking to each other about the eerie tensions and the prevailing circumstances.

“We should finish our work and leave for home, something big is going to happen, and we have no idea what it will be all about… we don’t know if we will be able to see each other tomorrow,” he said. “How are you going home?” he asked me.

I told him that I was thinking of taking an auto-rickshaw or calling someone from home to pick me up because public transport was not readily available due to the chaotic environment for the last few weeks. I, along with everyone else, was worried. I could not get over the fear of the uncertainty and filed the story within no time. Then I packed my bag pack and left for home. In the meanwhile, my fiancé was already waiting outside the Press Enclave to drop me home.

My office was located is in the buzziest hub of the city. People were rushing home in confusion, shopkeepers were putting down their shutters, and an unnerving silence was all around. Everyone was sharing collective anxiety for the events that were about to unfold.

“I heard mobile internet and connectivity will be blocked, but that is nothing new in Kashmir. We are used to it, so why are people anxious? Something sounds suspicious,” my fiancé told me anxiously. I replied, “Even the journalists in the valley have no idea of what is going on.” We bid farewell with the hope that we would be in touch with each other.

The following day, August 05, I woke up to the notice that my internet and mobile network were blocked. I checked my younger sister’s mobile for she had a different network but couldn’t see the mobile towers on the top line of her phone either. Around 11 in the morning, everyone in my family was sitting in front of the television, tuned to NDTV news channel where Amit Shah announced the abrogation of Article 370 and downgraded the state of Jammu and Kashmir into two union territories in the parliament.

“Breaking News: J&K’s special status scrapped, Article 370 Scrapped! Order signed by President” was flashing in the bottom line of the news on NDTV.

One of the neighbors was also watching the news with us because their cable connection was not working, and we had a DTH connection which is why we were able to find out. I was shell-shocked with the news, for this was unbelievable that such a massive political blunder could be simply announced to a locked-up population. There was a sense of disappointment on the faces of my family. All of us were in a state of utter disbelief. No one could process this in the first instance.

A senior Journalist at NDTV, Nazir Masoodi, was giving insights into the situation in the valley. After learning about all this, my mother did not allow me to go to the office because she had already realized that the valley was under strict curfew and paramilitary troops patrolled every corner.

I was out of touch with everyone, including my fellow reporters, friends, and relatives.

I was confined in my home for at least 20 days. I could not move out. I did not know what was going on in the press enclave. I wondered, how were journalists covering stories? There was no answer to these questions. This resulted in immense mental stress and anxiety until August 18.

Suddenly out of nowhere one of my friends and fellow reporter visited my house. I was thrilled to see her. “Where are you Bisma? Why are you not coming to the Press enclave? Most of the journalists are doing stories. Why are you sitting at home?” she said. “One of the senior reporters in your office told me if you manage to reach Bisma, ask her to come to the office… I decided to visit your home,” she added. I responded, “…how are you managing to reach Lal Chowk with no transport on roads and strict restrictions in place. I am scared of traveling alone…. you know the patrolling of armed forces throughout the day.” She smiled and told me that sometimes she would walk, and at other times she managed to get a ride with fellow journalists. She added, “I was stopped many times by armed forces to check my identity, and they asked where I was going…why, and so on.”

Two days later, on August 20, I decided to visit the office with her. We walked around three kilometres to reach the office from my house. The roads leading to my office were silent, lifeless, and very few people could be seen, and among them were the two of us.

We also noticed many new military bunkers and checkpoints after every stop. Paramilitary forces were lined up everywhere, and they were stopping people at the slightest sense of ‘suspicion.’

“Madam kaha ja rahey hoo…band hai sab…” (Madam, where are you going?… Everything is closed), said one of the police personnel holding his gun. I and my friend walked to him and showed him our press cards. “Hum patrikar hai, office jana hai” (We are journalists, we have to go office), we told him in a fearful voice. He checked our cards and let us go.

My editor assigned a story on ‘how working women are passing their time during the lockdown.’ It took me around a week to file a story which I used to do in a day or two. Due to the unavailability of the internet, I could not mail the story to my editor. I carried the story on a pen drive to my office. My editor transferred the story from the pen drive to his system. Further, after editing, he went to the media facilitation centre where the government had given journalists access to the internet. This centre was around two kilometres away from the press enclave. There he mailed this and other stories to another editor operating in New Delhi from where he would upload it on the internet.

It was a very long, hectic, and tedious process. We had to undergo the same process for around seven months until the internet was restored, step by step. I would travel alone to my office on foot and then to the media centre to access the internet. It was not easy to use the internet there as we had to wait for our turn in a small, cramped room where both male and female journalists had to work. After continuous demand for a separate room for women journalists, we were given an even smaller room adjacent to the previous room where men had the full advantage to use the internet per their choice.

Many news portals dependent on the internet became utterly dysfunctional, and local newspapers were only carrying government advertisements. We did not have the privilege to work on a story of our choice because the situation was not conducive. I reported on deserted schools, how children were preparing for their annual examinations, and dispersion among the people due to the prevailing situation. However, after the Abrogation, there was fear among the people as most of them did not speak to the journalists for a story, and if any did, they would request anonymity.

I also reported on mental health and realized that the medical professionals were only speaking up on the condition of anonymity because they feared consequences as severe as losing their job if they spoke against the government. Needless to say, I could not do enough stories on the life of people around the periphery because I was not able to travel alone as my parents were concerned for my safety, especially given the unavailability of public transport.

It was a difficult period for journalists, especially female journalists, to report stories in those tough times. Even though I struggled hard to work and do stories, I didn’t receive a salary for at least two months because of the lockdown.

Bisma Bhat is a Kashmiri journalist who reports on education, conflict, and crime. She has a Master’s degree in Convergent Journalism from the Central University of Kashmir. After her Master’s, she joined The Kashmir monitor, a local English daily of Kashmir, where she worked for three years. Presently, she is working with the weekly magazine Free Press Kashmir as a feature writer. Her stories have also appeared in news portals such as First Post, Article 14, The Wire, and Gaon connection. She has also been a winner of the Sanjay Ghose Media Award 2020.

Start typing to see results or hit ESC to close
Zanaan Wanaan Women in Kashmir Resistance in Kashmir Kashmir women and kashmir
See all results
More Stories
F is for Fish. F is for Freedom