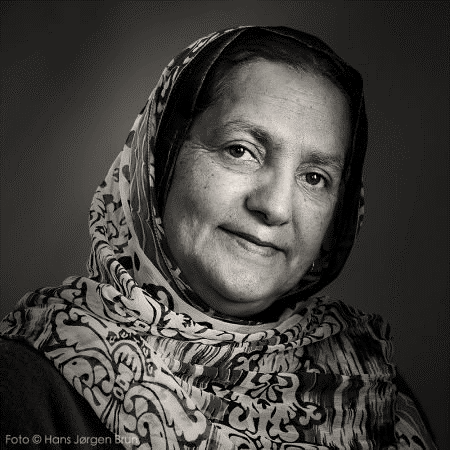 Thinking of women’s activism in Kashmir is perhaps unimaginable without Parveena Ahanger, the co-founder of the Association of Parents of Disappeared Persons (APDP). In the last two decades, her organisation has brought together relatives of the disappeared persons in a manner which allowed numerous others to join in solidarity with their struggles for justice. Parveena Ahanger, lovingly known as jiji, has been internationally recognised for her commitment towards human rights, justice and accountability

I went to meet Parveena ji at her residence to talk about her incredibly important work on enforced disappearance, an issue central to the conversations on ‘dispossession and loss in Kashmir’. This was not in attempt to romanticise framing women in certain positions concerning their resistance, or even what does and what doesn’t constitute resistance, in addition to hearing the same stories of loss repeatedly.

I revisit her testimonies, which, in all likelihood, she has made over and over again, yet her struggle for accountability from the Indian state seems far from over. My emphasis to restate her story is not necessarily to acquaint the reader with the factual narration of the incidents of disappearances but to yet again bring the perpetrators under question-whose inhumane crimes continue to remain unaccounted for. I also assume a certain level of familiarity and understanding of the phenomenon of EDs on part of the reader.

In countless retellings and sit-in protests, Parveena ji, along with other women, reinstates remembrance, a refusal to let go of the memories of atrocities inflicted upon her. It is almost as if the ‘repetition’ of these processes is a protest in itself, a defiance against the institutional erasure of enforced disappearances. We begin by speaking candidly about ourselves. I introduce myself in terms of what I do, she does so by recalling:

I began this work after I realised that there were a lot of other people whose loved ones were missing as well. I came across them when I was seeking answers about my son, Javaid, in police stations, courts, hospitals, roads, any place where I was led to.  I asked these families to meet at my home since many of them came from far-flung areas. My house became a meeting point for all these people. We would sit together, discuss and plan the search of the disappeared men… After a while, we started going to public places like parks and roadsides etc, to protest because at my home no one could see us. During this time, I felt that the loss of other families is even greater than mine. baakiyan henz dag wuchith gayi mye panin dag mashith (after witnessing the pain of others, I forgot my own).

My son was picked up by the Indian armed forces on 18th Aug 1990 during the night raid and cordon when they were looking for a JKLF militant whose name was also Javaid. As they were searching through the locality, they were calling his name again and again. My son was asleep but when he heard these voices ‘Javaid! Javaid!’ he got scared and jumped out of the window to the backyard. And then four armed men jumped over and pinned him down. After that, I cannot bring myself to describe what must have happened next.

This is not just my story, there are so many women who have suffered the same fate. They are my family now. Some of them live alone, others have been abandoned by even their own children. Who will take care of them? They need clothes, food, medicines. I have made a promise with God, that as long as I am alive, I will stand by them. They look up to me.w They talk to me because they feel that no one else will listen to their stories. I cannot break this relationship with these victims. I do not consider myself a leader, I am a victim myself.

I have been to many countries and universities. People often ask me how they can contribute to the movement… I tell everyone that we don’t need money. Just read, write and share our stories. For young people like you, I keep praying, khuda deeno tohi te sui hemath yus me dichin (may God bestow resilience upon you, as He did upon me). The fight is long, but we have to keep going.

I do not offer any commentary of my own. I write this piece in deep solidarity with the women, men and children affected by EDs, with an acknowledgement that our society has failed to address this issue as thoughtfully as it should.

Halfway through the interview, I was visibly uncomfortable of ‘forcing’ her to narrate her story again. But Parveena ji dismissed my reluctance to ask follow-up questions, “This is also work”, she said. “I have to repeat my story”.

Misbah Haqani is a postgraduate student of natural sciences interested in examining the intersection of science and society, particularly in Kashmir-where there is an obvious dearth of such exploration. Currently, she is involved in research and documentation work focused on the themes of militarism and the public health in Kashmir.