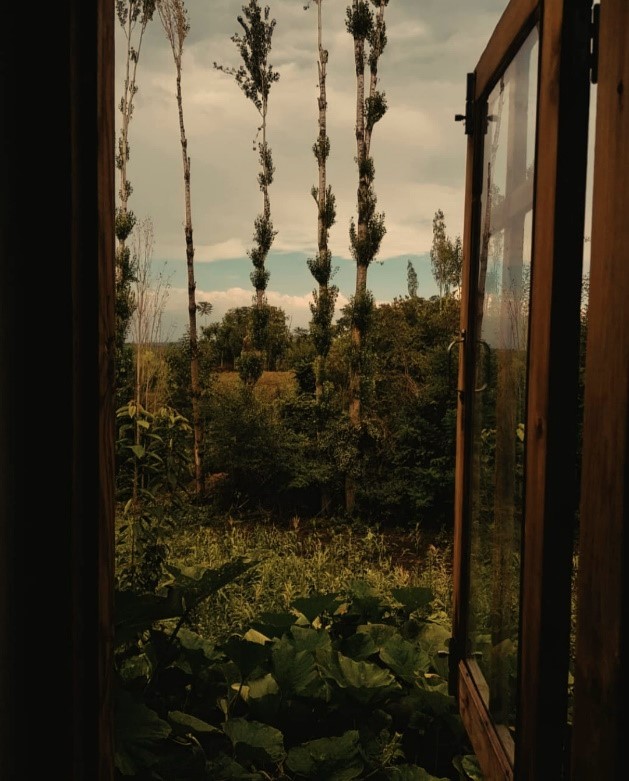 Nani sits on the lawn basking in the afternoon sun. She carefully looks through the bundle of haakh, separating the clean leaves from the bad ones. The singing koyal and the gentle breeze mark the peak of a pleasant summer. Her grey hair is oiled and combed neatly, and her eyes have a few more wrinkles than the last summer. I sit beside her and observe my fingertips that have developed a brownish tint from picking the raw walnuts yesterday. This colour will take a few more days to fade. There is an odd familiarity with these events.

My summer vacations were spent at my nanihaal which was nestled in the hills of Delina in Baramulla town. The main road for connectivity was carved through apple orchards and paddy fields. One could see a picturesque view of the Baramulla from the hill. The summer was never harsh, and the evenings were pleasantly windy. The families often enjoyed the evening tea in their lawns while the kids played, and the cattle returned home after a day of grazing. “Jayi, bakse ko nazar maarni ae?” (Grandmother, do you want to go through your trunk today?) asks my Aunt as she joins us, helping Nani with the leftover haakh. Nani’s trunk had an air of mystery around it. Since childhood, every kid in the house had been intrigued by the baksa. Nani rarely opened it as she had all her expensive jewellery and clothes tucked safely in it. She cherished this little wardrobe of hers. The opening of the trunk was an event of its own. It smelled of charmis, dupattas and mothballs. She would put down all her Pashmina on the carpet carefully while cleaning the trunk. Each article in this trunk had its own story. That was all there was, for us children, the awe of expensive fabric and the smell of charmis. We would gently touch them, admire them, and then go back to our paused games. She would always tell us how this baksa was the only thing she had that belonged to her father. As we all grew up, the tradition of baksa opening continued. It was not until 20 years later that I realised the significance and her deep attachment to that box.

Nani was two years old when the tribals invaded Kashmir during October of 1947. She was the youngest of five children and lived at Kanispora, around 5 kilometres away from the Baramulla town. This invasion remains a forgotten chapter in the historical accounts. It was the earliest clash between the two countries after the partition for Kashmir and arguably the most tragic one too. This secret invasion, named Plan Gulmarg by Pakistan, was carried out towards the end of October 1947. The strategy of this militia was to capture Srinagar airport as soon as possible. They moved forward looting and ravaging Muzzafarad while Baramulla remained unaware of what was nearing quickly. The Sikh population of Kashmir became the first casualty of this attack. “It started with a few rumours, nobody could confirm the news” says Nani. “Koi Sheri daaro aaya nasda, aata kabali aarien.” (Somebody came running from Sheri alerting everybody that invaders had come), she adds. Many of the villages in Baramulla were deserted within a few hours. Some people escaped to safer places nearby, some returned to their villages hoping to see what little was left, while the remaining others began the long journey to Ichhahama and Attna on foot. Nani’s family left for Srinagar on their horses and carried whatever little they could manage. All five children took turns to ride the horses as the elders kept walking for the rest of the road. They reached Icchahama in Budgam the next day where they took shelter in Gurudwara Singh Sabha. Nani recalls that the Gurudwara was ambushed at early hours by the columns that had camped by the borders of the village on the third day of the raid. The native lands were heavily guarded by the ill-equipped Sikhs for five days (22nd-27th October) against the well-armed invaders. My great-grandfather, Nani’s father was shot dead from the Gurudwara’s window and had to be left with the others while they ran towards Srinagar. She recalls that her family had decided to leave her next to her father’s body for they had limited means to escape, but her elder brother returned midway to take her along with them. She struggles with the memories of these few days and her father. She recollects through stories how a Sardar, named Khalind Singh, stayed behind at the Gurudwara for its protection with just one rifle. A painful tragedy unfolded as a father from an adjacent village killing his three daughters with his bare hands when the family’s attempt to escape failed. She recalls how her aunt had collected bodies of different family members in one place and torched down the house as a cremation site. Through her memories, she remembers the thousands of those Sikhs martyred for Kashmir while holding off this invasion as long as they could and the dispossession that followed eventually. Unfortunately, this mayhem was never picked up by historians and scholars when they wrote about the Partition. With just one limited and reliable source, Himat Singh’s book titled ‘Sacrifice for Kashmir’, it will, if not already, be forgotten.

The shared trauma and fear of exclusion for the Sikh diaspora had begun and it would continue for years to come. With little mainstream representation and often called the forgotten minority, the Sikhs of the valley witnessed the occupation and struggle for Kashmiri self-determination up close and personal. From being used as scapegoats for communal discord to being entertained for vote bank politics, Kashmiri Sikh remain anything but relevant stakeholders even today. The massacre of Chittisinghpora in Anantnag during which 35 Sikhs were martyred by men donning army uniform, remains cloaked in mystery even after two decades. With their grievances and voices unheard, justice for them remains a long shot.

The abrogation of Article 370 in August 2019 has added to the uncertainty of the future of all Kashmiris, including, the Sikh community. The continued siege of the valley in the form of increased army deployment, a year of state-sponsored communication gag, among many other difficulties has made this dystopian tragedy seem more real than ever. There seems to be a threat to the social fabric of Kashmir, including to this spirited community which has existed in harmony with the Muslim population for 73 years, even during the peak of insurgency in the ‘90s.

Nonetheless, the Sikh community of Kashmir is no stranger to the concept of an identity crisis. This question has loomed over the Sikh minority for generations. Whilst I frequently encounter people outside Kashmir questioning my ethnicity, wondering how can I be a Kashmiri and a Sikh; the Kashmiris in Kashmir feel this alienation too, with their identities scrutinized. This micro minority has sustained several years of turbulent identity politics. Our nuanced identity has strong and deep roots in a multifaceted sense of community which remains highly influenced by our cultural and regional heritage. With the blend of Punjabi and Kashmiri culture, the Sikhs in Kashmir have long embraced cultural synthesis, therefore creating a unique self-identity. What places me much closer to the Kashmiri community in comparison to Punjab, where my religious allegiance lies or, to Peshawar, from where my ancestors belong and my Hindko language originates? To me, it is a sense of kinship for me. Although for many years, we, along with other smaller ethnic groups, witnessed how our sense of belonging was exploited under the pretence of keeping up the facade of diversity in the valley. From the Kabali raid to curfews, the victimization of the Kashmiri Sikhs has been continuous but silent.

Our generations have thrived here, same as the others. We have mourned here, same as others. The essence of being a Kashmiri is there when my grandmother picks up that local haakh from her kitchen garden and when my grandfather spends his evenings listening to the Kashmiri news bulletin. It is there when my mother recognizes the Pashmina by just a touch and when my father writes his letters in Urdu. When I wear a pheran with pride and it is there when all of us feel the loss of our homeland because of this ongoing conflict, generation after generation.

Nani, with her family, returned to broken and burnt homes after months. The box had survived underneath the debris along with a few of her father’s things in their house. She will keep these with her for the next 70 years. The memory of the raid, occupation and violence may be fading away, but it lives on through her lived realities. My summer vacations will continue, the walnuts will colour my hands brown again and my Nani will again open her baksa and tell us the stories of her home that once was.

Ravneet Kour was born in Baramulla and brought up in Srinagar. She graduated from LSR in English Honours and completed her Masters from Faculty of Arts, Delhi University. At present, she in working as a research associate for a private education firm. Her academic interests are art history, postcolonial theory and visual arts. 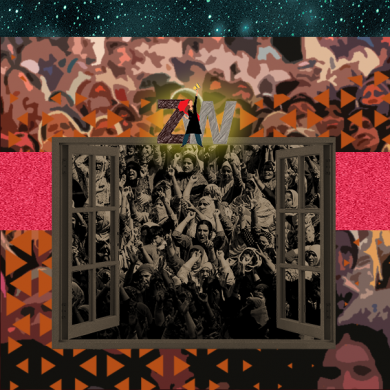