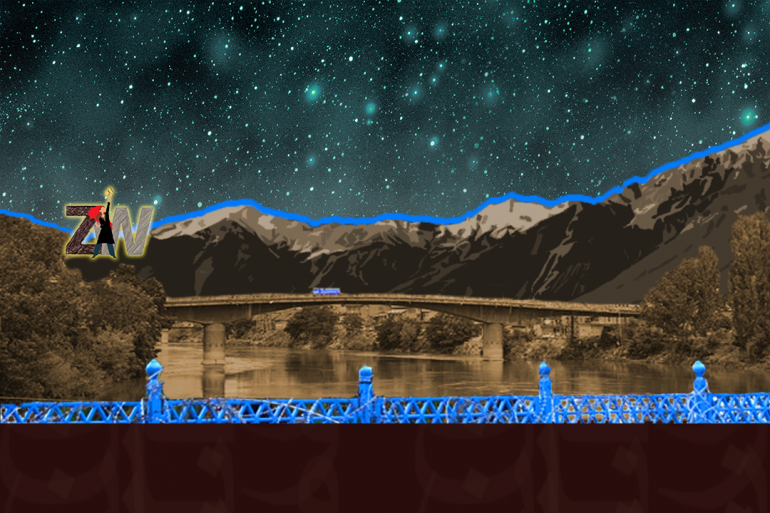 The Many Projections of a Normal Life: Everyday Photography and Visual Production in Kashmir

With the advancement in affordable technology over the past couple of decades, photography is more accessible now than it has ever been. The implications of this accessibility varies across regions, and for most places, the camera and the photographic gaze have brought irrevocable cultural shifts. In Kashmir too, visual production through photography is steering socio-cultural changes, and creating symbols and codes for collective understanding and interpretation of everyday life in a conflict zone.

Tracing how rapidly the camera has been changing its functions in our society, Susan Sontag in her book On Photography, says that the first cameras made in France and England in the early 1840s had no clear social uses and photography was only an artistic activity with a few pretensions of being an art. It was with industrialization that photography came to establish itself as an art, as industrialization provided social uses for the operations of the photographer. Making a reference to how deeply photography has been incorporated into the socio-cultural values of the modern world, Sontag says that photography is now a mass art, and like every other mass art form, photography is not practiced by most people as an art. She says that photography is now mainly a social rite, a defense against anxiety, and a tool of power. Sontag’s explanation of the role that photography has played over time is based on the understanding of the time and context where photography was being practiced. I find that in context of Kashmir, everyday photography, or photography of everyday life, fits Susan Sontag’s description of photography as a social rite very closely, given what it reveals about collective aspirations and existing power dynamics in the Kashmiri society. Everyday photography forms a significant section of the visual archive on Kashmir that is being created and re-created by hundreds and thousands of people sharing their experiences, memories, and interpretations of life in Kashmir on the internet through photographs. This archive is also a revelation of the collective emotions, agency, aspirations, and political demands of the people who voluntarily participate in creating this archive, one photograph at a time.

Amongst the many subgenres that are developing within the broad category of everyday photography, photographs which visually capture Kashmir in its pristine form, away from influences of conflict, militarization, and violence are wildly popular. These photographs try to orchestrate a visual imagination of Kashmir that is devoid of, not only its socio-political and historical context but interestingly also of its local people. While creating the vision for the pristine Kashmir, visuals of natural landscapes that are still in their ‘pure’ and ‘untouched’ form are encouraged as the authentic depictions of Kashmir. On the other hand, places where most of the public interactions, exchanges, and life activities take place like the streets, roads and markets are considered peripheral and not inherently linked to the idea of Kashmir.

It is intriguing as to why the portrayal of Kashmir, the one that is visibly more distant from the socio-political and cultural discourses in the valley receives more attention and visibility on the internet from Kashmiris. Through this piece, I explore what the popularity of these sanitized depictions of natural landscapes in the visual records of Kashmir can tell us about public spaces and state control in the valley, and how it is linked to the aspiration for a normal life in a conflict zone.

The term everyday in ‘everyday photography’ suggests certain predictability to the order of the day. It signals towards recurrent patterns of stability established over time that allow people to develop their ideas of normal life, and use that stability to orient their expectations from everyday life. However, with respect to areas of prolonged conflict like Kashmir, every day does not carry the connotations of predictability, stability, or normalcy. These words are not representative of the meanings and experiences of daily life. On the contrary, normalcy (whatever forms it takes) is laden with anxieties and anticipations of volatility and it is marked by the awareness that it might crack and break apart anytime.

So, what becomes of everyday photography in a place like Kashmir, where the idea of everyday life itself is unstable? Does the pervasiveness and duration of long-term conflict, normalize the unnaturalness of violence and turmoil and bring them into the fold of everyday life and consequently everyday photography? Or does the camera become the instrument that helps people creatively manifest (although temporarily) the desire of the everyday that is away from violence, conflict, and volatility?

I suggest it is a bit of both. Based on experiences of growing up in a highly militarized place like Kashmir, spaces of public activity and cultural landscapes are always replete with markers of conflict (armed personnel, barbed wires, checkpoints, etc.). In order to create the semblance of a normal life, people learn to zone out these markers of conflict. So even while they are blatantly present in the public sphere, there is a purposeful attempt to not notice them. This periodic zoning in and out of the immediate soundings and politics is an important strategy and coping mechanism for people in a politically turbulent region who are periodically exposed to witnessing large scale instability and turmoil.

Of spectators watching a scene in performance, theorist Richard Schechner states that ‘some spectators find themselves falling into parallel rhythms of focused attention and selective inattention.’ He states that when their attention “wanders”, spectators begin picking up on events and images that would otherwise escape notice or be blurred side visions, meaning they start noticing things and events beyond the center of the scene or setting. Apart from the center of the scene, they observe other features such as the overall arrangement and dynamics of the space’. Schechner states that “selective inattention allows patterns of the whole to be visible, patterns that would otherwise be burned out of consciousness by a too intense concentration”. This understanding can be applied to people who are exposed to the markers of conflict in public spaces on a regular basis. There are phases when these markers of conflict are at the center of their focussed attention and they dominate their thoughts and regulate their actions more directly. However, there are also phases of selective inattention when these markers are zoned out and they form the backdrop in the face of other more immediate activities in their surroundings.

The equation gets complicated when a person is holding out a camera in a public space. When a person holds out a camera and orients it outwards towards streets, roads, and markets, the markers of conflict that had been zoned out become present and prominent in the photographic frame and, (usually) there is a purposeful attempt to avoid them. The reasons for their omission are many, ranging from state surveillance and self-censorship to burdensome existential questions: Have we accepted the presence of these markers of conflict in our everyday life? Is this an admission of their belongingness in our homeland?

Turning the camera away from spaces of public activities, cultural and historical centers, and orienting them towards natural landscapes, thus, helps delay the immediacy of answers to these difficult political and existential questions. Susan Sontag says that as photographs give people an imagery possession of a past that is unreal, they also help people take possession of space in which they are insecure. The voluntary participation from the people in orchestrating these erasures can be reflexive of the broader aspiration for a normal life and of a refusal to be defined by conflict and its markers. By creating a virtual reality that is different from the reality on the ground, people can see a different Kashmir than the one they live in. Or, people can create the aspiration of a different Kashmir than the one they live in. This creative license (although heavily regulated by what is allowed and not allowed) allows people to visualize and create the collective fantasy of a conflict-free home and share it with others. Visiting places captured in these photographs makes one realize how many markers of conflict must have been erased to create a perfect frame for a normal life. How many failed photographs it must have taken to capture a frame which erases the historical context and the political turmoil and only presents a bare aspiration.

Of course, these erasures are not complete. The signs of conflict and political turmoil manifest themselves inadvertently every now and then. Sometimes they slither into the corners of the photographs and sometimes, they occupy the center of the frame without even noticing. These photographs fail in their mission to create the collective fantasy of the pristine Kashmir, while simultaneously lacking the bravery to report the whole truth. Such photographs play a different role, they poke holes in the collective fantasy. They become the testimonies to the gaps that exist in our visual records.

The Gaps in our Records: Everyday Photography and Self-Censorship in a Surveillance State

A mother and daughter stood by the banks of Jhelum; the daughter wanted to take a natural photo of her home. She wanted to capture in a photo what her home would have looked like without conflict, without violence. She pointed her camera towards the bridge, the mountains, and Jhelum. Her mother’s gaze surveilling their surroundings for people who MIGHT find them suspicious. The daughter took photos from many angles but the out-of-place blue objects occupied the center of the frame every time.

The mother’s nervous gaze meets the surveilling gaze of the state looking over them. For a few seconds, their eyes meet and they maintain eye contact.

She gently touches her daughter’s arm. Without any questions, the camera was put away.

Sadaf Wani is a Research Associate at Zubaan, a feminist NGO based in New Delhi. She has an MPhil in Sociology from Delhi School of Economics, University of Delhi. Her research interests lie at the intersection of anthropology of space, gender and visual cultures. Her work has been published in Himal South Asian, Scroll, and Wande Magazine among others. 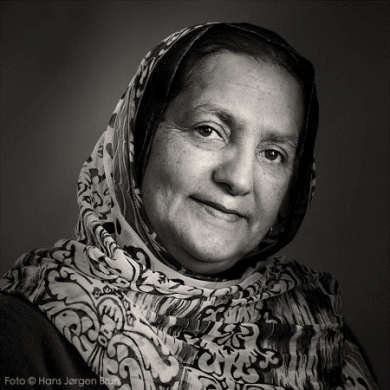