While thinking of a design for ZW’s first issue I found myself continuously reflecting on what this collective comes to signify in trying times such as these. Picturing ‘dispossession and loss in Kashmir’ is an immensely difficult task not for of the lack of things to be included but regrettably because of their abundance. On thinking about loss as a Kashmiri artist, one is constantly struggling with which issues need to be taken with urgency and the questions of what could possibly be left out. Nevertheless, one can only attempt to put together and visualise a theme as vast and broad as ‘loss’. Therefore, for the cover art, I start with some elements which I felt were incredibly important to be included in this historical document- even if their inclusion meant that they would be represented in symbolic forms only. 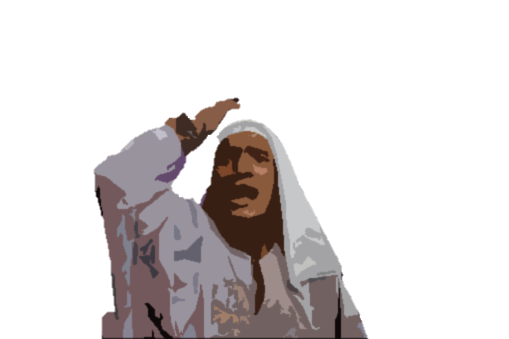 This image is from the aftermath of the Aug 2019 when the Indian government revoked the semi-autonomous status of the erstwhile state. Kashmiri women took to the streets in expression of their resentment of the betrayal and injustice of locking and entire people in their own homes. Original image source Danish Siddiqui/Reuters

Representational image of the ever-increasing attack on media and educational institutions in the region. The pencil stands as a testament to individuals and groups who persist against this onslaught.

Military occupation Symbolic of the dense militaristic infrastructure in valley.

When 17-year-old Tufail Matoo was martyred in 2010, he was found clenching a fist full of grass and a five-rupee coin. This image is of the coin and a reminder that the killers of innocent Kashmiris continue to roam free without any accountability. Original image source: Sana Irshad Matoo. 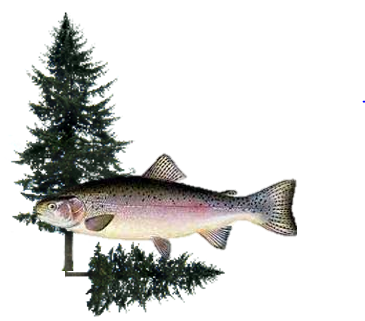 Deforestation, Land grab and the attack on ecological resources of Kashmir.

Increased military presence in the city.

In the first week of Aug 2019, the Indian state deployed troops in the valley adding to the existing 600,000 troops. This particular bunker is on the Lal-Chowk fly-over.

Hadishah Kadal of Sopore was burnt down at the peak of the militancy in the 1990s. It was reconstructed a few years later. The bridge is symbolic of the disruption of Kashmiri people’s everyday lives and mobilities caused by the ongoing conflict. Over the bridge, is a superimposed image of a Kashmiri kitchen shelf, representational of how the violence has entered in the most intimate parts of peoples (especially women’s) lives.

Picture of Bashir Ahmed and his grandson.

Earlier this year, the Indian forces carried out a staged photo-op of a dead Kashmiri and a three-year-old child sitting on his chest in North Kashmir’s Sopore. This devastating tragedy was shocking to many people around the world but in Kashmir, it was one more addition to India’s PR spectacles of humanising their military by positing them as the ‘saviours’ of the child. Considering the unimaginable trauma of the child witnessing his grandfather’s brutal death and to honour the memory of the martyr, I wanted to incorporate a subtle element to represent this immensely painful tragedy. This is a close-up of the toddler’s printed shirt which he was wearing at the time of the incident.

This is a picture of my grandfather’s radio symbolic of the ‘digital apartheid’ of Kashmir in the form communication blockages pushing people to a pre-digital era. 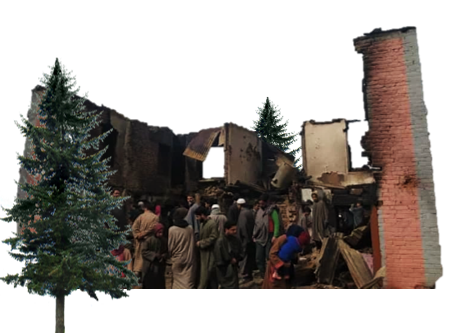 Debris of a blasted house.

This picture is from the 2019 encounter in the Babgund village of Kupwara. The encounter went on for over 70 hours during which the Indian forces IED blasted 3 house to the ground and caused damage to several other buildings. More recently in Nawakadal, over 12 houses were gutted to the ground rendering the families homeless. 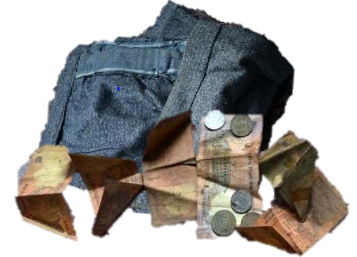 Arifa Jan, wife of a Kashmiri man who was martyred in a fake encounter in, kept his jeans and the money found inside as a memory of the painful injustice and loss inflicted upon her. Original image source: Masrat Zahra 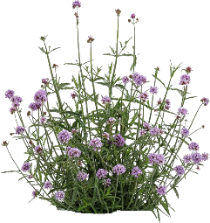 Wildflowers
Years of ongoing conflict has rendered many communities in Kashmir into a state of precarity. Already underpaid, workers in the handicraft industry have suffered major losses due to continuous shutdowns.

Economic crisis in the valley 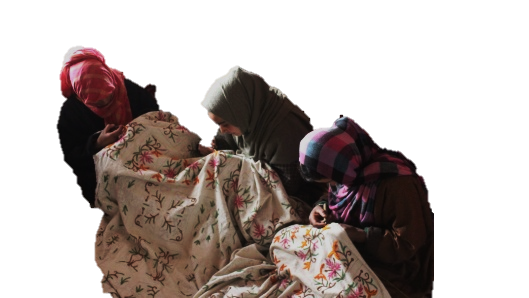 Years of ongoing conflict has rendered many communities in Kashmir into a state of precarity. Already underpaid, workers in the handicraft industry have suffered major losses due to continuous shutdowns.

Tin wall
In the rural areas of Kashmir, aluminium sheets are used as fences around houses. This particular element is from a village in north Kashmir that has been frequent firing by the army.

One of the most important element of the piece, the stone is placed under the collage almost like a form of support. The image of a stone vis-a-vis a stone pelter has been weaponised in the Indian discourse on Kashmir. Yet, the stone continues to speak truth to power, embodying in itself the collective grief of Kashmiris. Perhaps also symbolic of the rock-solid strength of the Kashmiri struggle for self-determination.

Graffiti on a wall

The wall represents the spirit of resistance in Kashmir. It isn’t uncommon to come across powerful graffitis even in areas with heavy deployment of troops. In ways, the streets speak for themselves, every wall with a graffiti is a defiance of the militaristic subjugation.

Bird.
Finally a bird, bilbichur, which stands out of the collage symbolic of the stories, narratives and memories of Kashmiris which continues to remain free from the clutches of the militaristic clutter. 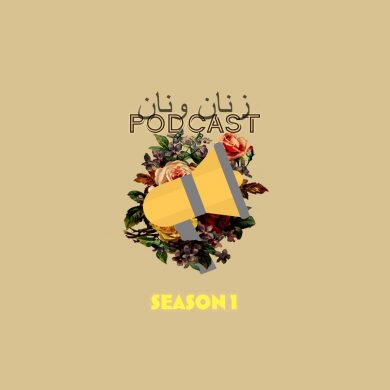